Here are some pictures of Election Days past in good ol’ Ann Arbor!

April 1963 voting machine! I’m always mildly disappointed that we don’t have these anymore. Coloring in the little box always seems anti-climatic to me. 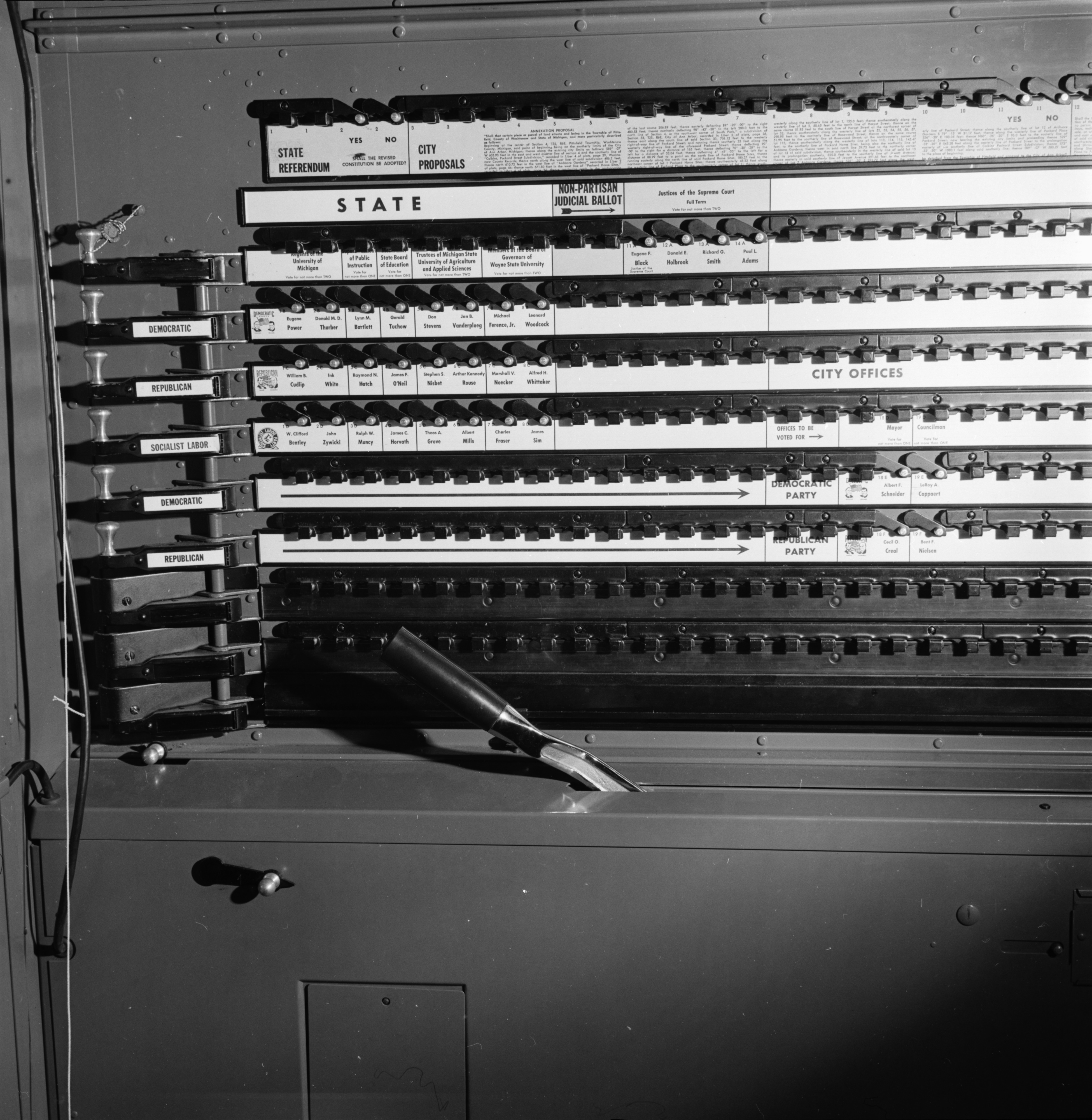 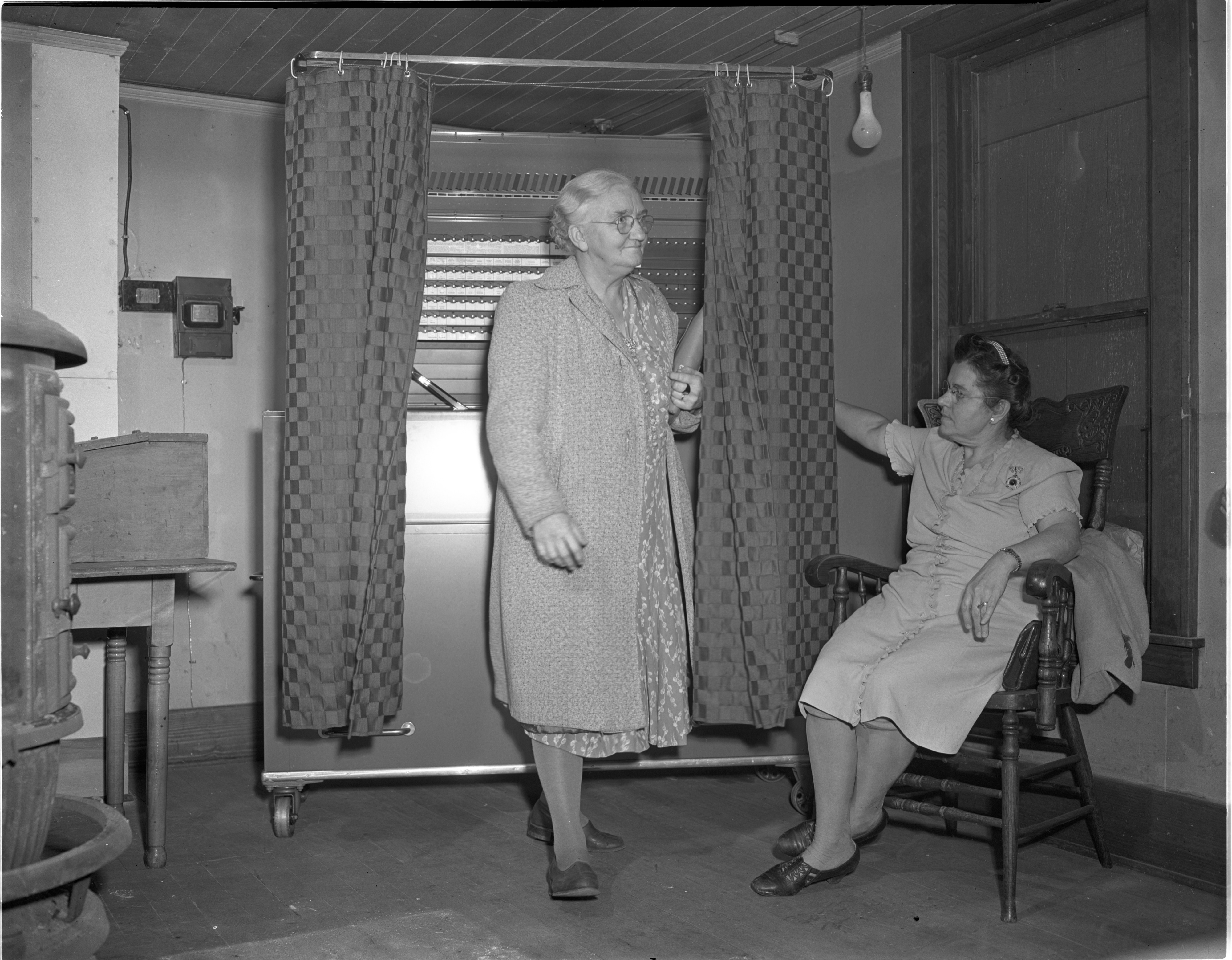 Voting in 1973. No matter who came in first, those guys’ mustaches are winners! 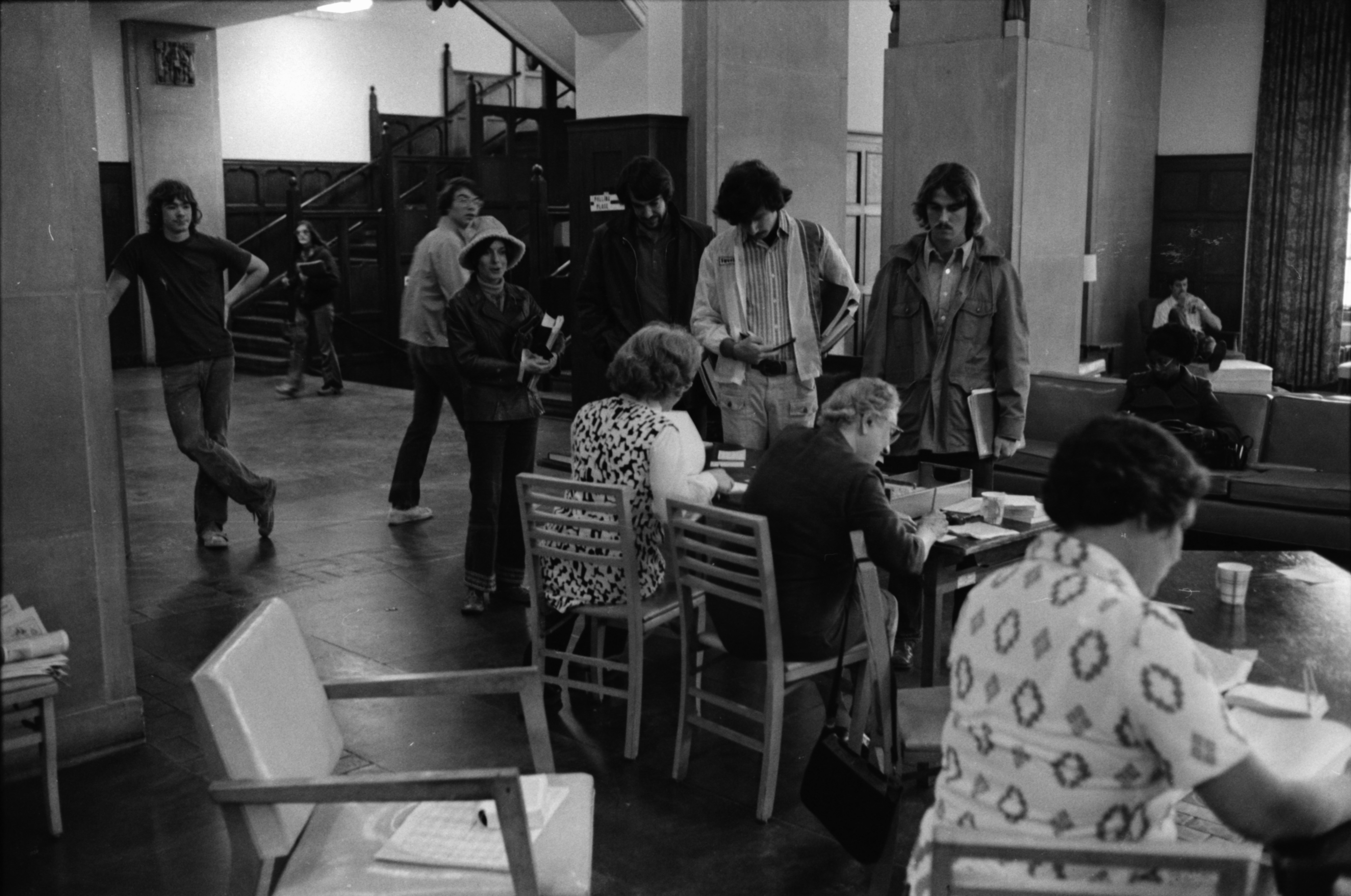 This picture is captioned as the interior of a Fifth Ward voting building and also a home for a WWII vet. I…don’t get it. Were people voting in this guy’s house? Or did they make the voting place into a house…? 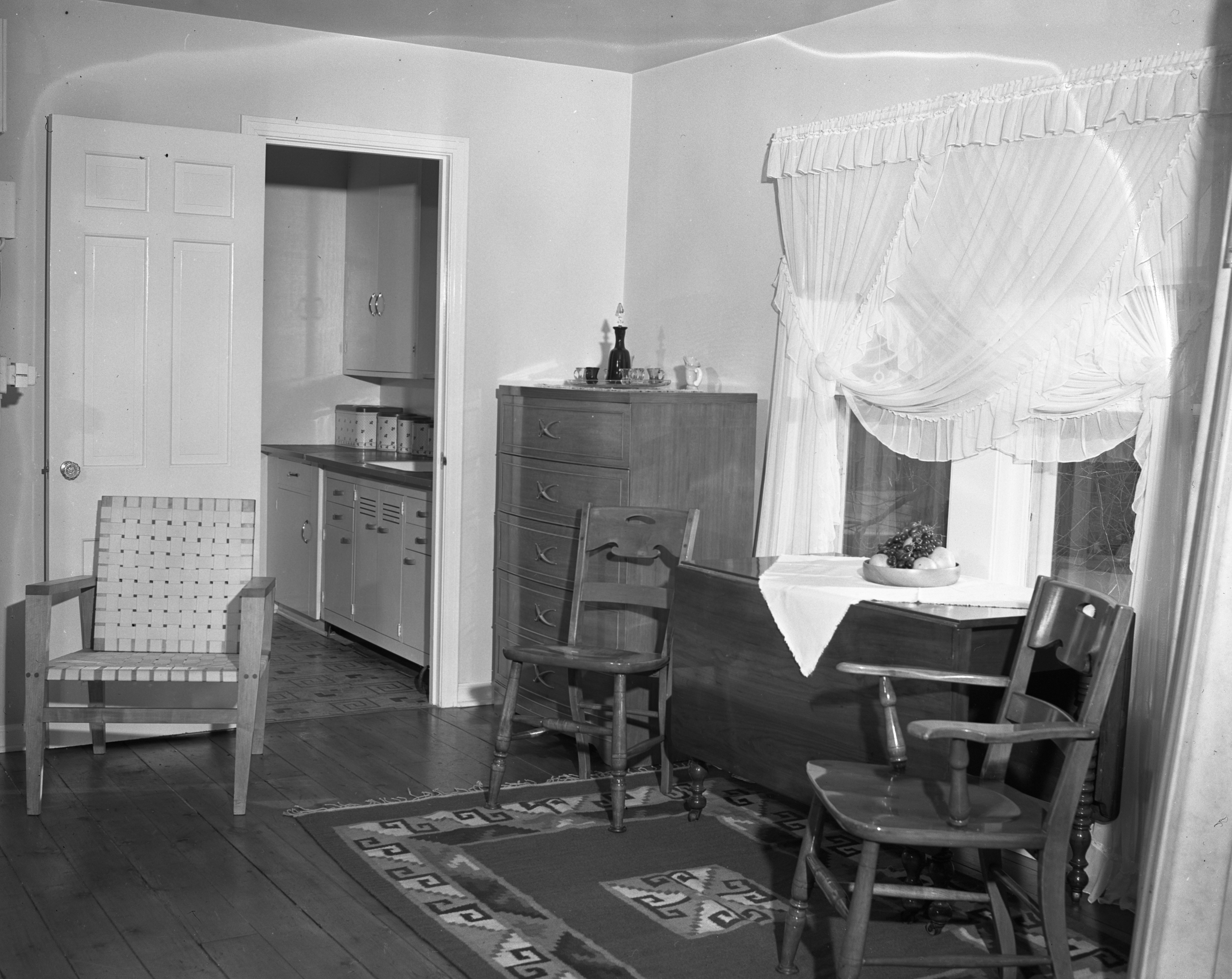 Voting in East Ann Arbor, 1948. Did you know that East Ann Arbor was its own thing at one point? You would if you had read Britain and my book! 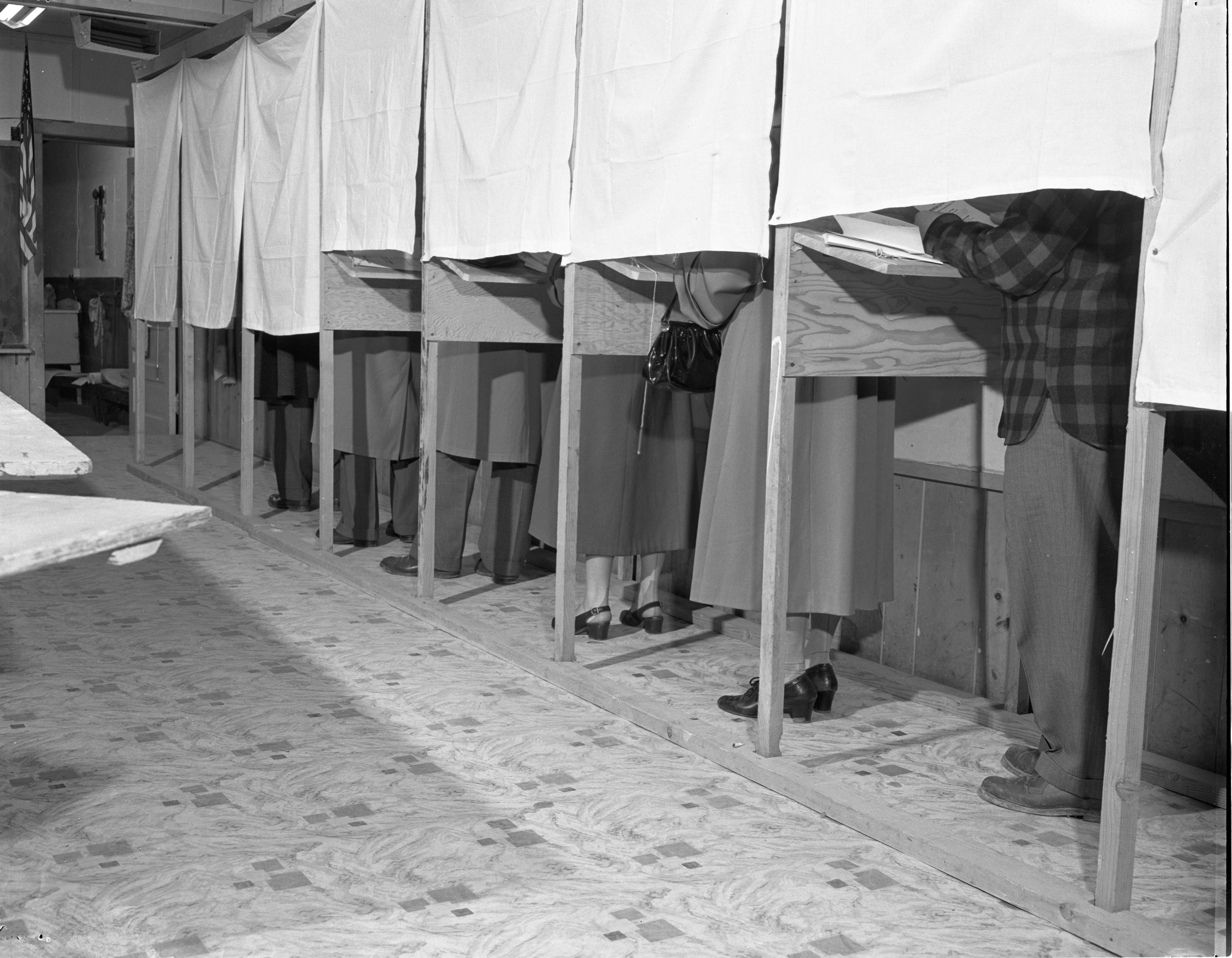 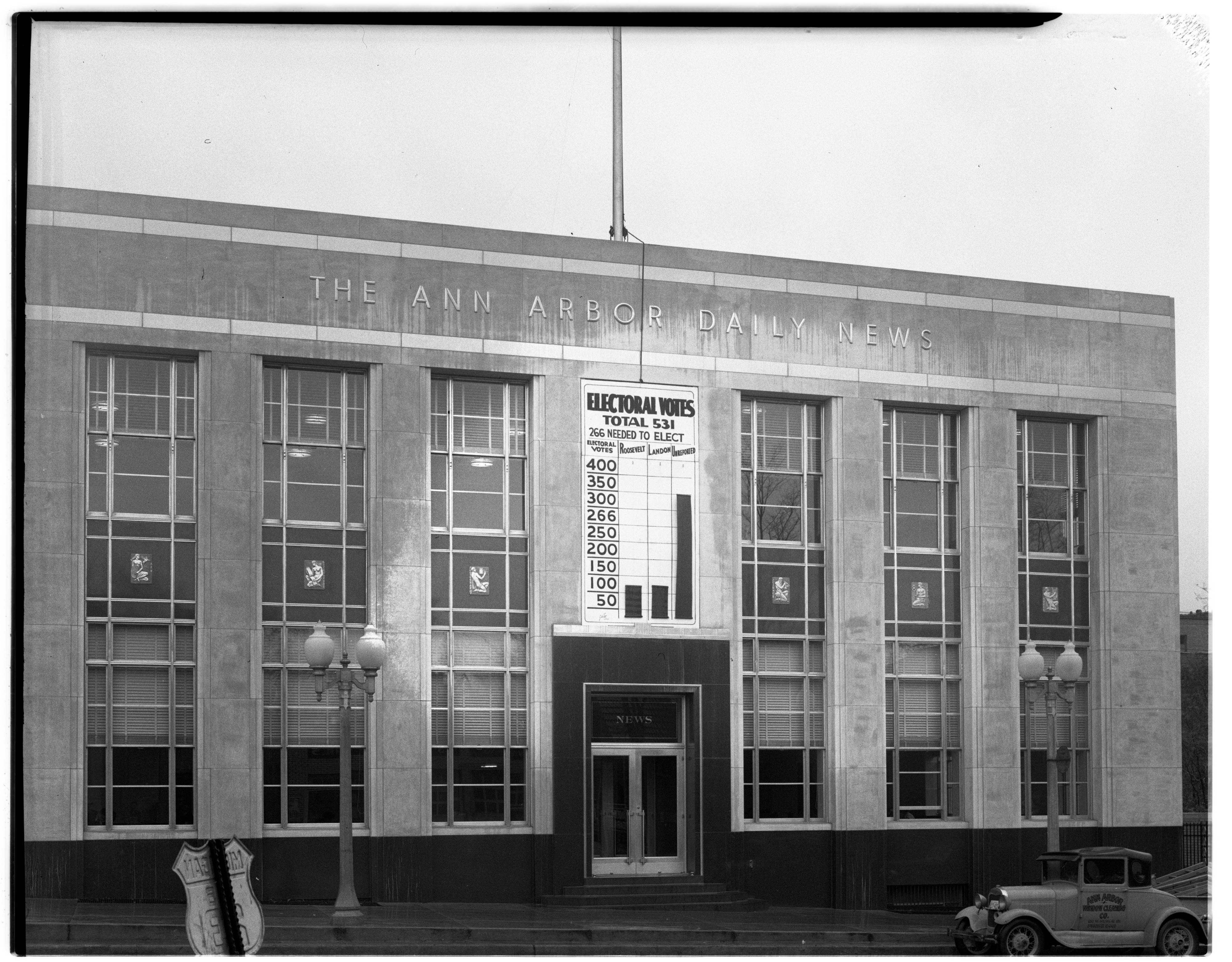 In 1952, we registered people to vote in parking garages. We should do that again. 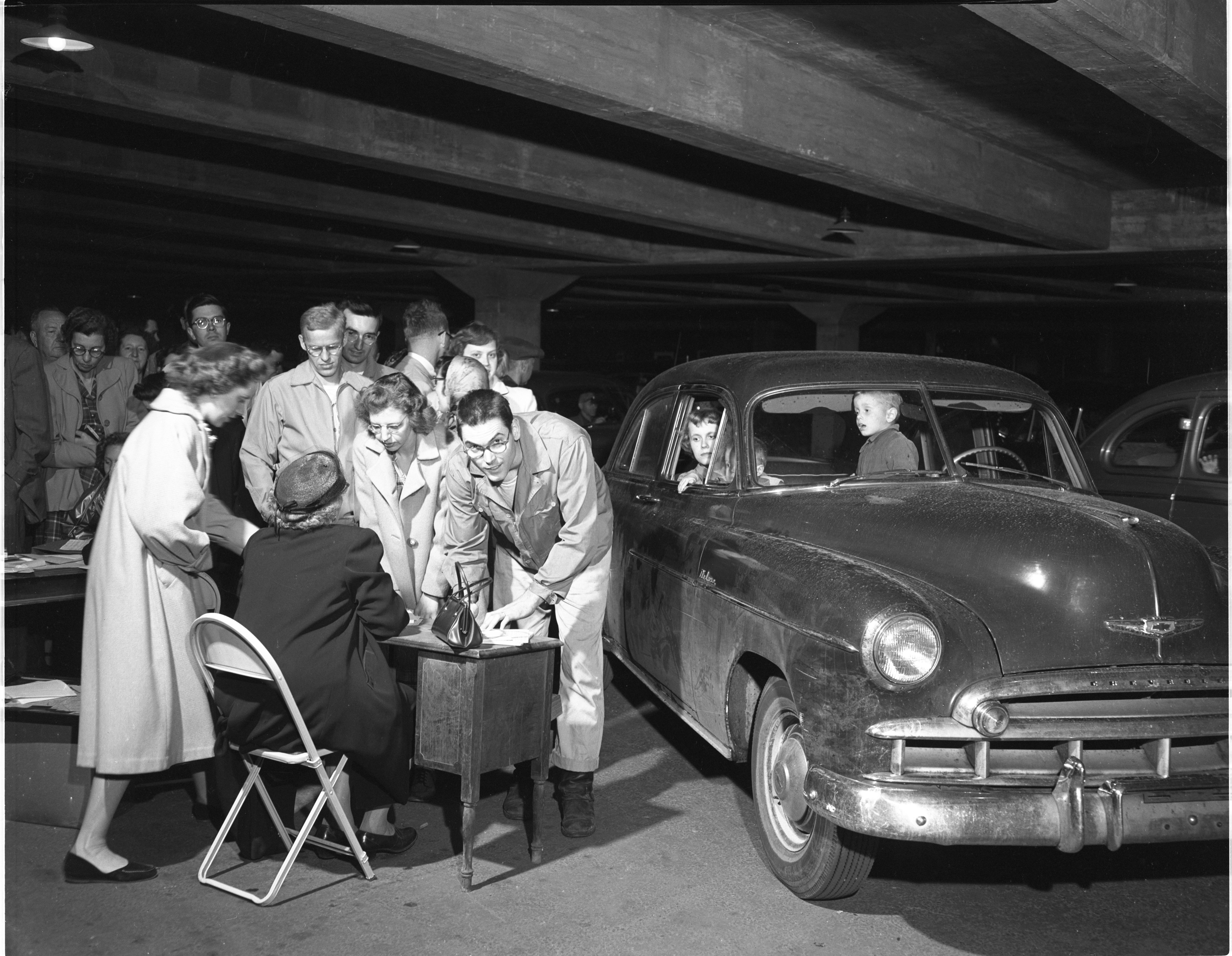 Jean Ferguson and Letitia Lightfoot put stickers on cars in an effort to get people to vote. Did people know they were getting stickers? Or was it a surprise? It’d be kind of cool if they just went around and randomly stickered cars. I love these two. 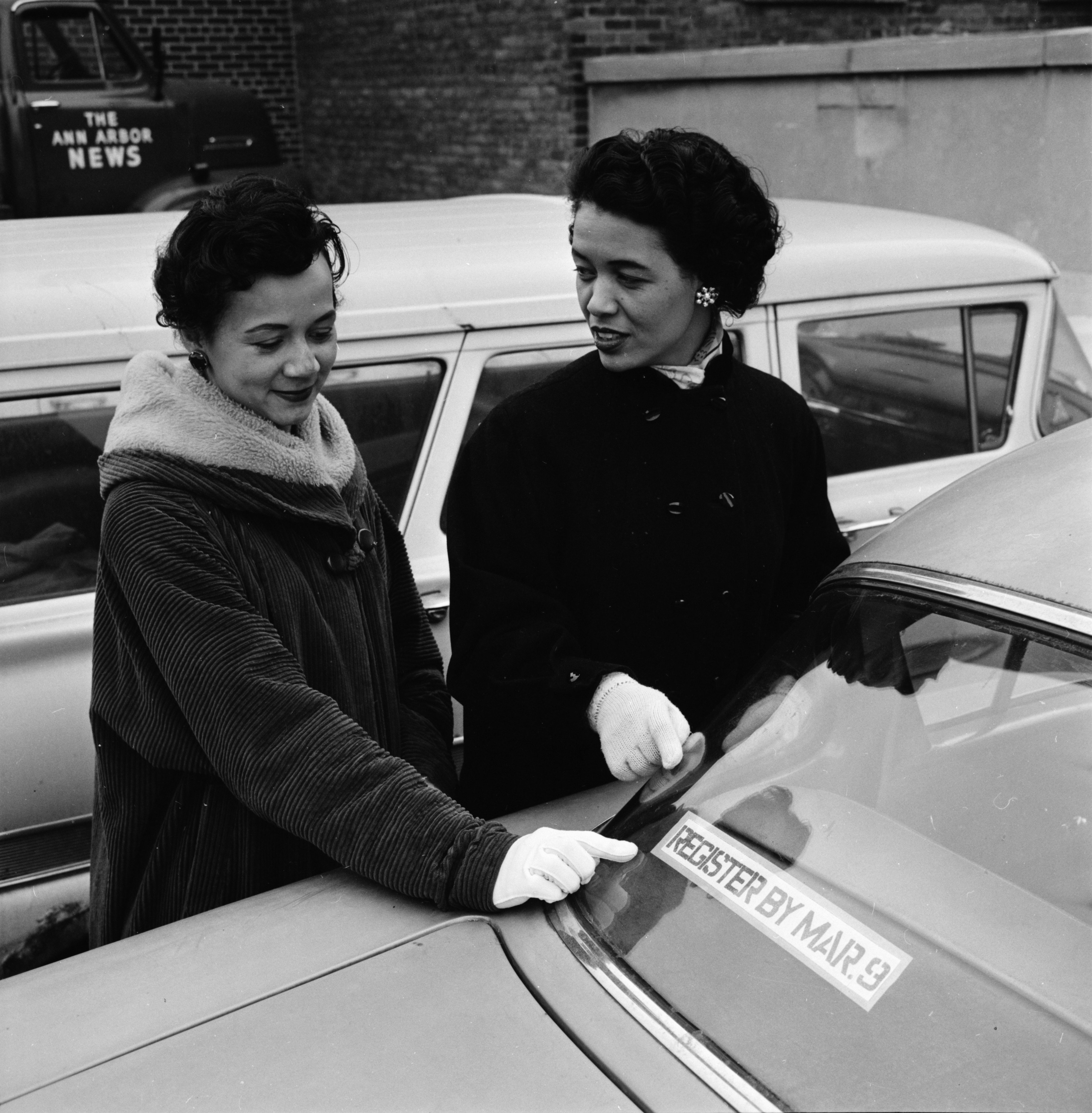 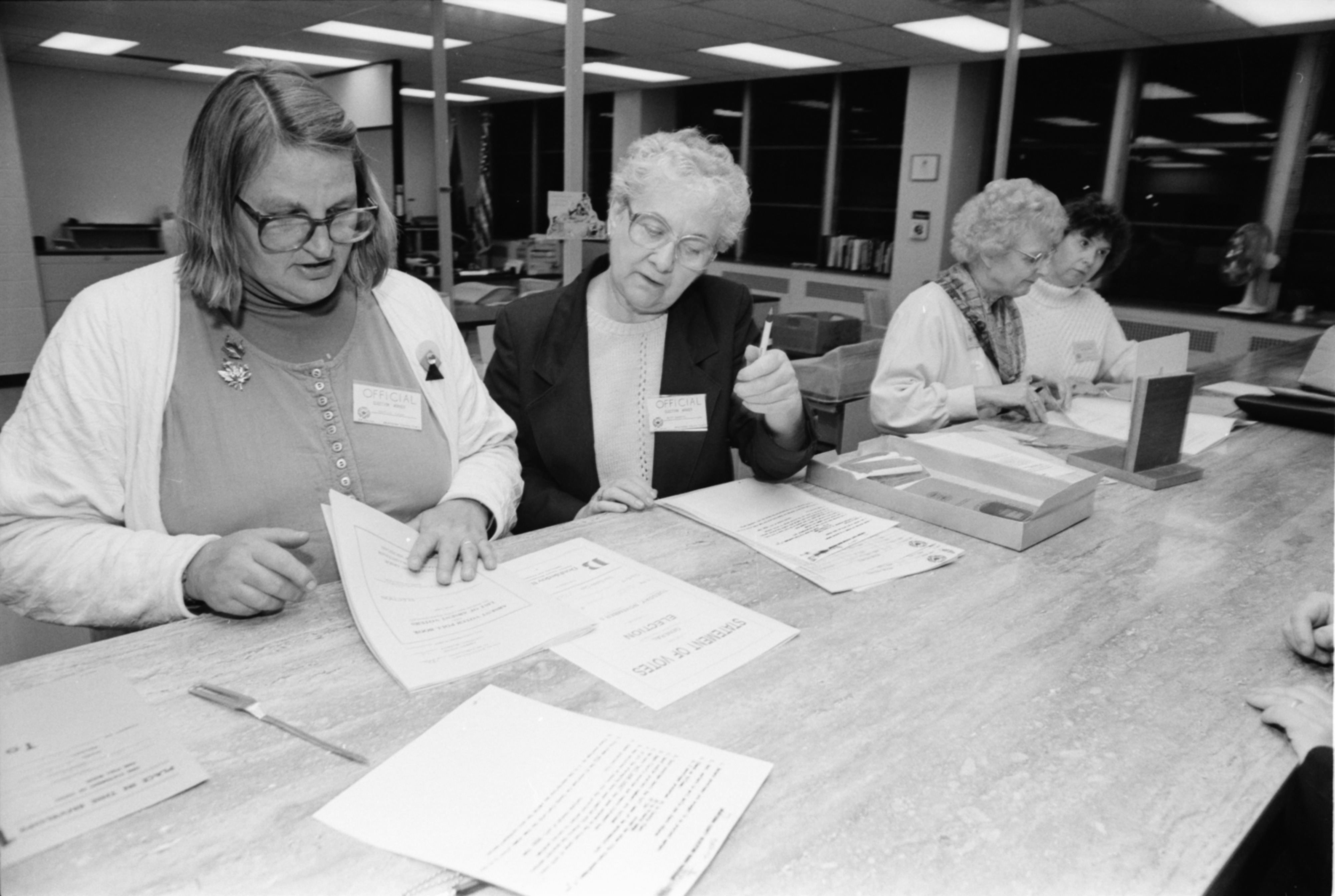 League of Women Voters on its 50th anniversary in 1969. Vote, women. You all should vote. People died for us to vote. VOTE. 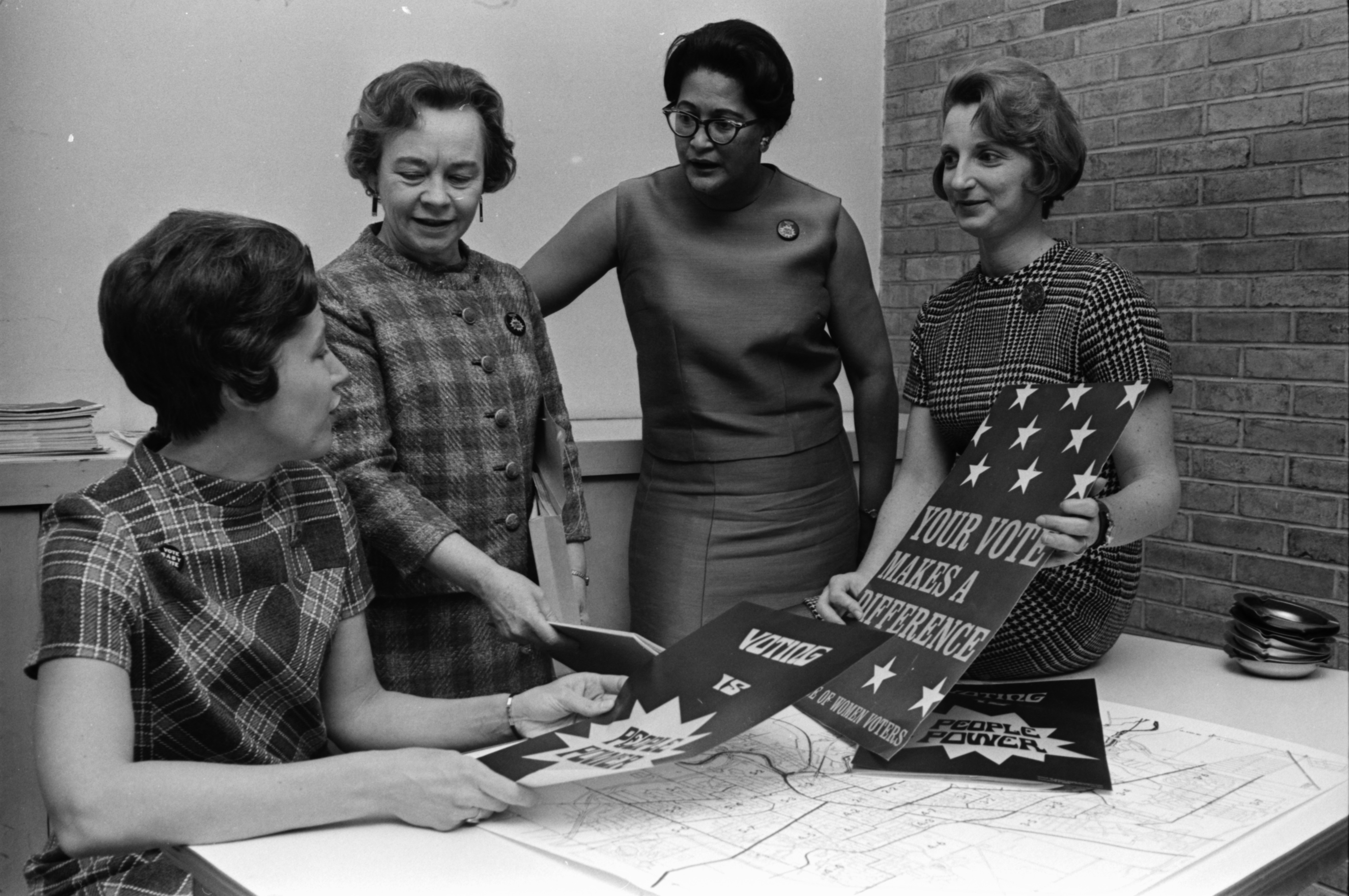